This is the reality of where we stand: There presently exists an undeniable duality between humans and the more-than-human world. That duality is embedded in the structure and dynamic of an economic system that now organizes the material reproduction of the vast majority of humans on Earth. The economic system functions as if it is not connected to the Earth; at the same time, it is a foundationally material matter. This duality is a significant trend in the human/Earth relationship. While one can certainly argue that humans are “predisposed to connect with all life,” it is equally important to recognize that our social and economic evolution has taken us in a direction of a systemic disconnect from Earth. In this sense, it is quite possible that confronting the extinction crisis might be tantamount to confronting the complexity of our own evolutionary history, but that is the matter of a different conversation.2

Büscher and Fletcher tell us that the neoprotectionists “believe the only way to stave off collapse of the Earth’s life-supporting ecosystems is to protect nature from people” and by doing so they have an “unrealistic faith in the possibility of separating our way out of the problem” and “affirm the split” between humans and nature. I would say these claims are not correct, but it is true that neoprotectionists confront the present duality in a specific way. Duality now places humans on the upper neck of their exponential growth curves with a concomitant mass extinction of other species. Büscher and Fletcher are right in saying the neoprotectionists need to confront capitalism, but the neoprotectionists do recognize that there have to be limits to human expansion and that a thriving, self-determined more-than-human world has to actually mean something concrete. Setting aside is essential to conservation precisely because it is a recognition of the literal and ecological space needed for the rhythm and dynamic of the more-than-human world to remain manifest and flourish.3

As far as ending capitalism is concerned, it is essential to understand that if providing sufficient space for the more-than-human world depends on ending capitalism first, then the game is likely over. Setting aside is not a substitute for creating a harmonious relationship between humans and Earth, nor is it a substitute for ending capitalism as we know it, but it appears quite essential to the reality of the historical moment where there are almost 8 billion people on the planet, mass extinction in play, and a seemingly unassailable economic system in exponential flight. And just as a thought exercise, we might ask ourselves what it means to live harmoniously with the grizzly bear, for example. It simply means that there is a lot of literal and ecological space given over to the grizzly bear where we enter its domain knowing we are not the top of the food chain. Creating a harmonious relationship between humans and nature sometimes means that humans have to fall back and put the rights of the more-than-human world above our own. This is a difficult problem to navigate especially given the growth dynamic, inequality, and historical injustices of the system.

It is important to keep in mind that this systemic duality predates capitalism. Duality began with grain agriculture when humans began to be materially organized in a way that no longer embedded them in the rhythm and dynamic of the more-than-human world in their material life. Humans became dominant. With this in mind, the challenge for economic system change is to strive to once again embed the human economic system within the rhythm and dynamic of the more-than-human world. What does this mean in the context of the present? It has to mean something more than striving for a vaguely defined harmonious relationship between humans and Earth. Setting aside is not about us; it is about the more-than-human world, and I sometimes think we have trouble grasping that fundamental tenet of deep ecology.

It has become popular in the discourse surrounding conservation to paint the neoprotectionists as entitled people who are insensitive to the plight of the poor and indigenous communities, mostly ignorant of capitalism, and trying to cordon off parts of the Earth for their own enjoyment. Things are not that simple. The so-called flaw in their approach might instead be viewed as an iteration toward a deeper ecology of economic order, one that recognizes that in order for the rights of the more-than-human world to be something meaningful, a certain amount of literal and ecological space is required. Where does this leave us? It leaves us to attempt to navigate questions of conservation without drawing unnecessarily divisive lines like the claim that “cordoning off immense swaths of the earth would entail unprecedented human displacement and militarized enforcement.” I don’t know any neoprotectionists who would be up for this. If there are some, they are not the majority. It seems that it might be important instead to focus on this challenge of standing back at a time when we aren’t going to end capitalism immediately. This is no easy challenge, but it must be first and foremost ecologically contextualized, which is why E. O. Wilson made the proposition he made.4

Lisi Krall is Professor of Economics at the State University of New York, Cortland and author of Proving Up: Domesticating Land in U.S. History. 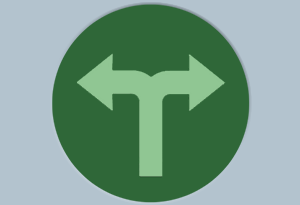