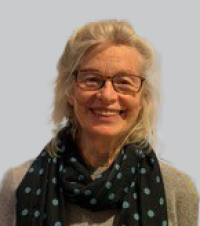 Victoria Brittain served as a journalist in Saigon, Algiers, Nairobi, Washington, and London, working for The Guardian and other media outlets in the UK, US, and France. She has worked extensively in Africa and the Middle East and has written, co-written, and edited a dozen books and plays dealing with the Cold War, the so-called war on terror, and structural violence in Palestine and Lebanon, frequently through the lens of women’s experience. Her latest books are Love and Resistance in the films of Mai Masri and Writing Palestine, edited with Haifa Zangana.

GTI Forum
Movements Show the Way
Contribution to GTI Forum Which Future Are We Living In?
November 2022
Read