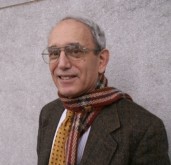 Stephen Marglin is a Professor of Economics at Harvard University. His published papers and books range over the foundations of cost-benefit analysis, the workings of the labor-surplus economy, the organization of production, the relationship between the growth of income and its distribution, and the process of macroeconomic adjustment. His recent work has focused on the foundational assumptions of economics and how these assumptions make community invisible to economists. He has also been an adviser to governments and international agencies, for-profit concerns, and non-profit organizations in many different countries, most recently serving as an adviser on tax reform to the secretary of the treasury of Puerto Rico.

Perspectives
Premises for a New Economy

In an ecologically constrained world, both the global North and the global South need to consider new obligations and limits. A basic commitment to social justice requires that the claims of the poor, chiefly residing in the South, take precedence over the claims of the rich, chiefly residing in the North. The North may have to accept an actual reduction in conventional measures of standard of living to create ecological space for Southern growth, but the costs of this could be modest if a new economy is organized to provide the economic basis of a good life based on precepts other than more, more, and still more. Recognition of a priority for the poor, however, cannot be a license for the South to replicate the wasteful disregard for ecosystem boundaries that has characterized growth in the North. Nor ought the South to countenance the wanton disregard for the claims of the disadvantaged that has allowed large islands of Northern poverty to continue to exist in oceans of Northern wealth.