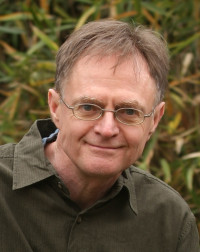 Richard Heinberg is a Senior Fellow of the Post Carbon Institute and is widely regarded as one of the world’s foremost Peak Oil educators. He is the author of twelve books, including Afterburn: Society Beyond Fossil Fuels, Snake Oil, The End of Growth, and Peak Everything: Waking Up to the Century of Declines. He has appeared in many film and television documentaries, including Leonardo DiCaprio’s 11th Hour, and is a recipient of the M. King Hubbert Award for Excellence in Energy Education. His animations Don’t Worry, Drive On; Who Killed Economic Growth?; and 300 Years of Fossil Fuels in 300 Minutes have been viewed by 1.75 million people. Since 2002, he has delivered more than five hundred lectures to a wide variety of audiences—from insurance executives to peace activists, from local and national elected officials to Jesuit volunteers.