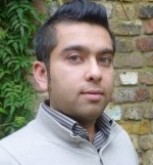 Rajesh Makwana is an independent writer and activist, and the former executive director of Share The World's Resources, a civil society organization campaigning for a fairer sharing of wealth, power and resources within and between countries. He is a passionate advocate for applying the principle of sharing as a solution to a range of global crises, from poverty and inequality to climate change and conflict over land or natural resources. He has written numerous publications, chaired panel discussions, and promoted the concept of economic sharing in debates and presentations in the UK and overseas.

In Postcaplitalism, Paul Mason argues that new information technology will end capitalism as we know it and pave the way to a better future. But the technology Mason celebrates won’t do this without mass mobilization on a global scale.