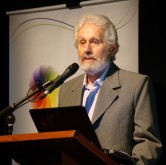 Oded Grajew is the co-founder of the World Social Forum, the former president of the Ethos Institute for Business and Social Responsibility, and the General Coordinator of the Program on Sustainable Cities in Brazil. In his career as a business entrepreneur, he founded a toy company and served as president of the Brazilian Association of Toy-Makers (1986-1992) and, later, the Latin American Federation of Toy-Makers (1990-1992) and the Association of Businessmen for Citizenship (1995-1998). He founded the Abrinq Foundation for Children’s Rights in 1990 and served as a special advisor to President Luiz Inácio Lula da Silva.

World Social Forum co-founder Oded Grajew discusses his career transformation, the history of the WSF, and what lies ahead.