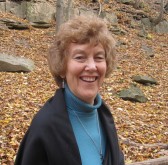 Mary Evelyn Tucker is a Senior Lecturer and Research Scholar at Yale University and co-directs the Forum on Religion and Ecology at Yale. Since 1997, she has been a Research Associate at the Reischauer Institute of Japanese Studies at Harvard. From 1997 to 2000, she served on the International Earth Charter Drafting Committee. She has authored and edited numerous books on Asian religions, the intersection between religion and ecology, and the work of Thomas Berry, and is the co-creator of a multi-media project called Journey of the Universe, which includes an Emmy award-winning film. She received her PhD from Columbia University in Japanese Confucianism.

Contribution to GTI Forum The Pedagogy of Transition

Contribution to GTI Forum Toward a Great Ethics Transition

Roundtable
Contribution to GTI Roundtable Reflections on Journey to Earthland