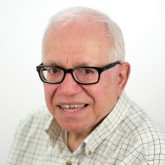 Joel Kassiola is Professor of Political Science and a former dean at San Francisco State University. A leading scholar in the field of environmental political theory, he has focused upon China's environmental crisis and proposing Confucian Green Theory. He is the author of The Death of Industrial Civilization and Explorations in Environmental Political Theory, and a co-editor of China’s Environmental Crisis. He is currently Co-Editor of the Series on Environmental Politics and Theory for Palgrave Macmillan.

Contribution to GTI Forum Toward a Great Ethics Transition