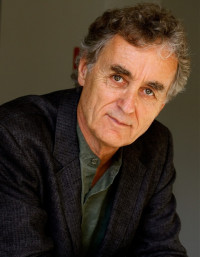 Fritjof Capra is a physicist, systems theorist, and a founding director of the Center for Ecoliteracy in Berkeley, California, a nonprofit that advances ecological education in K-12 schools. He spent twenty years doing research in theoretical physics and has taught at the University of California, Santa Cruz; the University of California, Berkeley; and San Francisco State University. He currently serves on the faculty at Schumacher College in the UK. Capra is the author of a number of international bestsellers, including The Tao of Physics (1975), The Web of Life (1996), The Hidden Connections (2002), and The Science of Leonardo (2007). He is also co-author, with Pier Luigi Luisi, of the new multidisciplinary textbook, The Systems View of Life: A Unifying Vision.

An interview with Fritjof Capra, the founding director of the Center for Ecoliteracy, about the emergence of systems thinking, the root causes of todays’ social and environmental problems, and how to change the system itself.