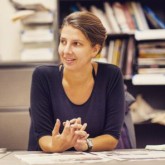 Dawn Paley is a journalist covering the extractive industries, trade, and organized crime throughout the Americas. Her recent focus has been on southwest Colombia, Guatemala, pre- and post-coup Honduras, and northeast Mexico. She is the author of Drug War Capitalism; a contributing editor at The Dominion, Canada’s only independent news cooperative; and a co-founder of the Vancouver Media Co-op. She has worked as a researcher for MiningWatch Canada, Wide Open Exposure, and Naomi Klein, and was an assistant producer for the award-winning documentary Under Rich Earth. She holds a Master’s in Journalism from the University of British Columbia and is a doctoral student at the Autonomous University of Puebla in Mexico.