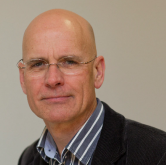 Clive Hamilton is Professor of Public Ethics at Charles Sturt University in Canberra. He has held various visiting academic positions, including at the University of Oxford, Sciences Po, and Yale University. He served for fourteen years as the executive director of the Australia Institute, a progressive think tank. His books include Earthmasters: The Dawn of the Age of Climate Engineering, Requiem for a Species: Why We Resist the Truth about Climate Change, and Defiant Earth: The Fate of Humans in the Anthropocene. He holds a PhD from the Institute of Development Studies at the University of Sussex.

Contribution to GTI Forum Interrogating the Anthropocene: Truth and Fallacy