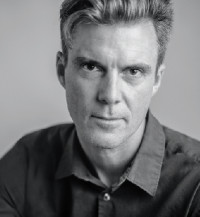 Ashley Dawson is Professor of Postcolonial Studies in the English Department at the Graduate Center / City University of New York and the College of Staten Island. His latest books include People’s Power: Reclaiming the Energy Commons, Extreme Cities: The Peril and Promise of Urban Life in the Age of Climate Change, and Extinction: A Radical History. An anti-pipeline activist with the No North Brooklyn Pipeline campaign, a member of Public Power NY, and the founder of the CUNY Climate Action Lab, he is a long-time climate justice activist. He is currently at work on a book entitled Environmentalism from Below, and is co-editing a volume of essays called Decolonize Conservation!