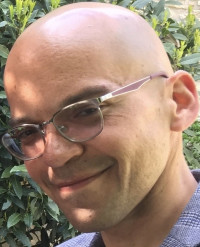 Alex Khasnabish is an anti-capitalist and anti-authoritarian writer, researcher, teacher, and organizer living in Halifax, Nova Scotia on unceded and unsurrendered Mi’kmaw territory. He is an associate professor in the Department of Sociology & Anthropology at Mount Saint Vincent University. His books include What Moves Us: The Lives and Times of the Radical Imagination (co-edited with Max Haiven), The Radical Imagination: Social Movement Research in the Age of Austerity (with Max Haiven), Insurgent Encounters: Transnational Ethnography, Activism, and the Political (co-edited with Jeffrey Juris), Zapatistas: Rebellion from the Grassroots to the Global, and Zapatismo Beyond Borders: New Imaginations of Political Possibility.

Roundtable
Contribution to GTI Roundtable Do Red and Green Mix?
An exchange on the essay Why Ecosocialism: For a Red-Green Future
December 2018
Yes, our vision should be anti-capitalist, but it should be post–nation state as well.
Read